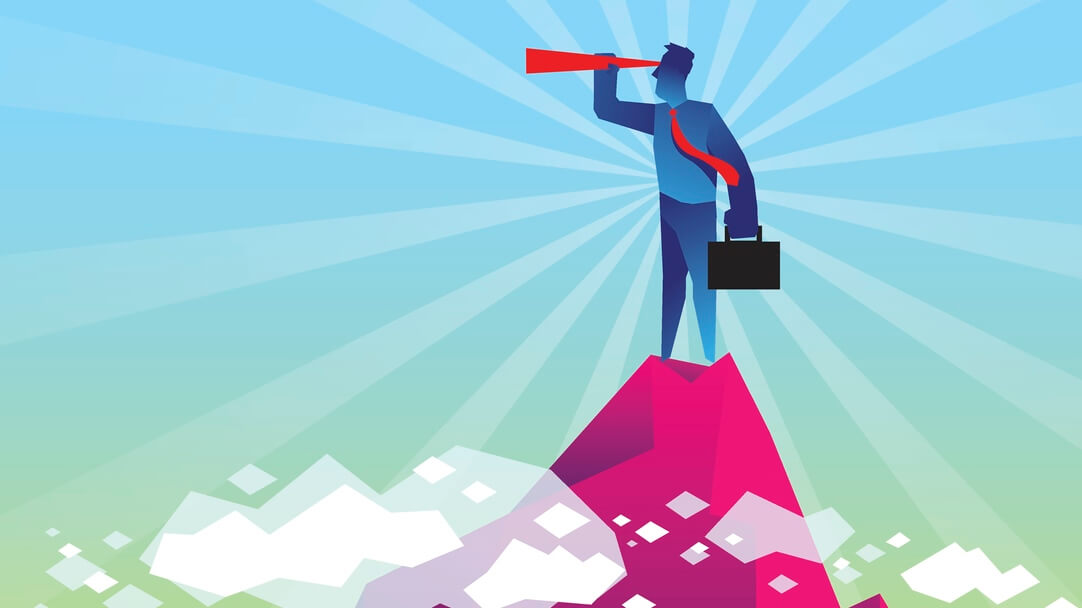 “To the person who does not know where he wants to go there is no favorable wind.” – Seneca.

Above all species we have received two very powerful gifts:

The power of memory

The ability to project visions into the future

We have, in general, an unfortunate tendency to abuse the abovementioned powers- We tend to use our memories to reflect on our past mistakes and mentally abuse ourselves through negative thinking processes and project anxieties into our future instead of envisioning a bright and desired future state.

The woman or man who uses these two ‘superpowers’ wisely, only to reflect on the past to learn and improve and project only positive visions into the future, is surely taking highly positive strides towards self-mastery and a higher degree of happiness and mental wellbeing.

It, therefore, serves us to constantly project a positive vision into our future for ourselves, our careers and our companies. This wonderful ‘computer’ called the brain cannot distinguish between envisioning a desired future and when it is actualized in reality where functionality is concerned.

Simply put, the same neurotransmitters produce the same feelings of intense well-being whether a positive vision is purely seen in the mind’s eye compared to when the Vision actually materializes.

In the absence of a well defined and inspirational Vision statement combined with clear goals, companies fall prey to indecisiveness, complacency, procrastination and a lack of inspiration, generally speaking.

When Vision statements become too vague along with the detraction of non-clarity on action steps to make the vision a reality, they regress into the realms of philosophy and remain unrealized dreams.

As a consultant, coach, and trainer I have been in numerous companies’ Head offices and almost always there is a Vision statement in poster form on the wall visible to all whoever enters the office. When, in general, you carefully read the Vision, mission and value statements, often so beautifully crafted and then compare it to the actual behavior of employees of the company there is often a total mismatch between philosophy and practice.

This reminds me of the very famous ‘JFK story’ related to clarity of Vision:

John F Kennedy, former beloved president of the United States asked a janitor on visiting NASA what his job was. Without hesitation the janitor famously said:

‘I am just a cleaner here’

‘I am just the janitor here’

Instead, he got it! He got that his job was very important. It is easier for the engineers, the project managers, the NASA directors to collectively attain the Vision of putting a man on the moon when doing their work in a clean environment. The janitor helped to provide that clean environment with a great sense of pride.

When every employee or at least the majority of the employees in your company are inspired by the company vision and understand exactly how important their role is in actualizing the aforesaid vision then a truly powerful force is at play that is very likely to make the company a lasting success!

At a personal level, use your memory only for learning and your future projections for positive Visions. Where your company is concerned to create clarity of Vision for all employees and to inspire them towards a commonly held desired future state is of the utmost importance to your sustainable success.

Execute on the above and you have taken very positive steps towards growth and productive change!

About the author: Dirk Coetsee is an International High-Performance Coach and author. He is a co-founder of Custom Performance Coaching (CPC) which Purpose is to help individuals and companies grow and change for good.

DS graduated from the University of Pforzheim (Germany) and Copenhagen Business school (Denmark) with a masters’ degree in Marketing and Economics.

DS has worked as a manager and director for international leading brands (i.e Porsche, Siemens, Macquarie) in the areas of business development and marketing in Europe and South-East Asia, building business infrastructure as a catalyst for further expansion and growth.

DS has a passion for OKRs (Objectives and Key Results).

HIGH PERFORMANCE – THE POWER OF BELIEF.